As the municipal weapon for Kvinesdal produces, the municipality consists of two valleys, each of which has its own river. The rivers meet at the center of Kvinesdal, Liknes. A popular exercise trip in Kvinesdal is to ride from the center up Vesterdalen, across the mountain to Austerdalen and return to the center (Liknes).

From Liknes you cycle up the Vesterdalen, direction Knaben. The trip goes on asphalt and it is a quite busy road. You pass the towns of Træland, Rafoss, Omland and Storekvina. At Storekvina there is a train station and grocery store. Two places along this stretch can be taken off the main road to get on smaller roads. The first is on Træland, the other is at the roundabout at Storekvina, where you can follow the river a few kilometers up and over the Oksestein bridge.

4.3 km north of Storekvina begins Sindlandsstien. It's graveled despite the fact that there are some people living here. There is a good climb at the start from the main road to get up the mountain side to the highest point of the trip. Here there are many farms and grazing animals watching along the way.

There is a settlement at Gjemlestad, and from Hamrebakkan and all the way down to the center it is a distance of about 3 km. 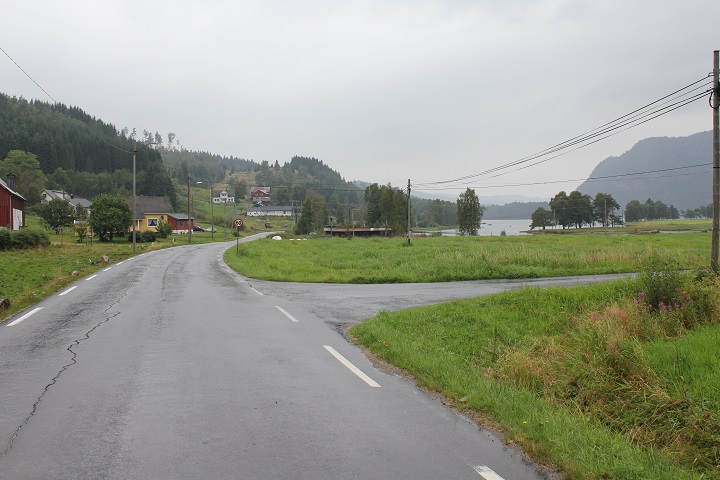 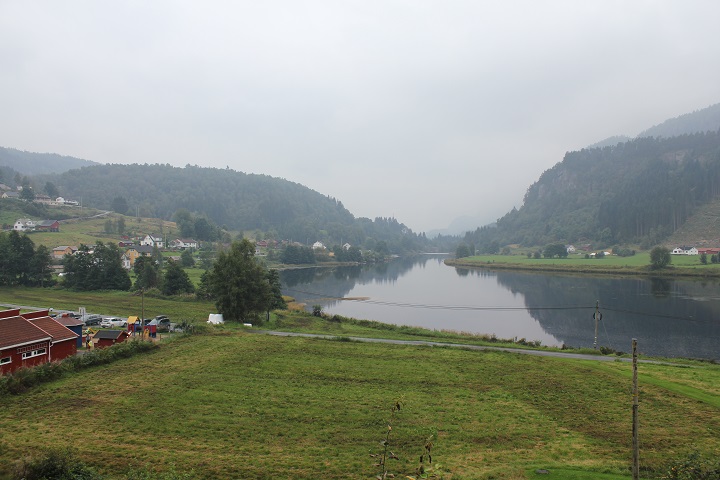